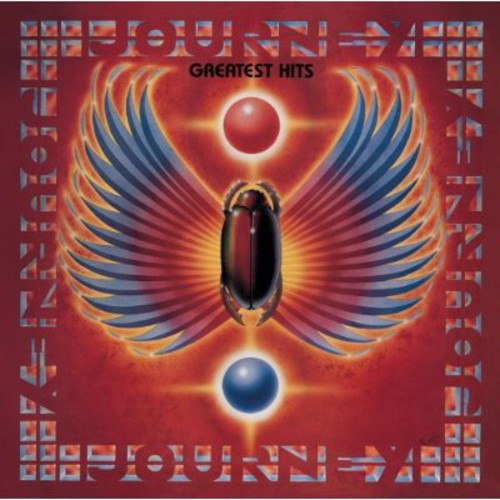 With over 14 million records sold this GREATEST HITS is now being reissued. Now contains the 1996 Grammy nominated hit "When You Love a Woman." 16 page booklet includes new liner notes, photos and memorabilia.

''Greatest Hits'' is the first compilation album by the American rock band Journey, released on November 15, 1988. The compilation is the band's biggest-selling album to date, spending over 760 weeks on the Billboard pop album charts and selling over 15 million copies as of 2008. It continues to be one of the most popular greatest hits packages, selling 500,000 to 1 million copies per year. As of December 2008, it was the 6th best selling greatest hits package in the United States.

In the US, Wal-Mart stores sell the re-issue version from 2006 in environment-friendly Discbox slider packaging. It was also reissued in Japan with all 16 tracks under the title <i>Open Arms: Greatest Hits</i>, and the song "Open Arms" was shifted to the beginning of the disc. - Wikipedia