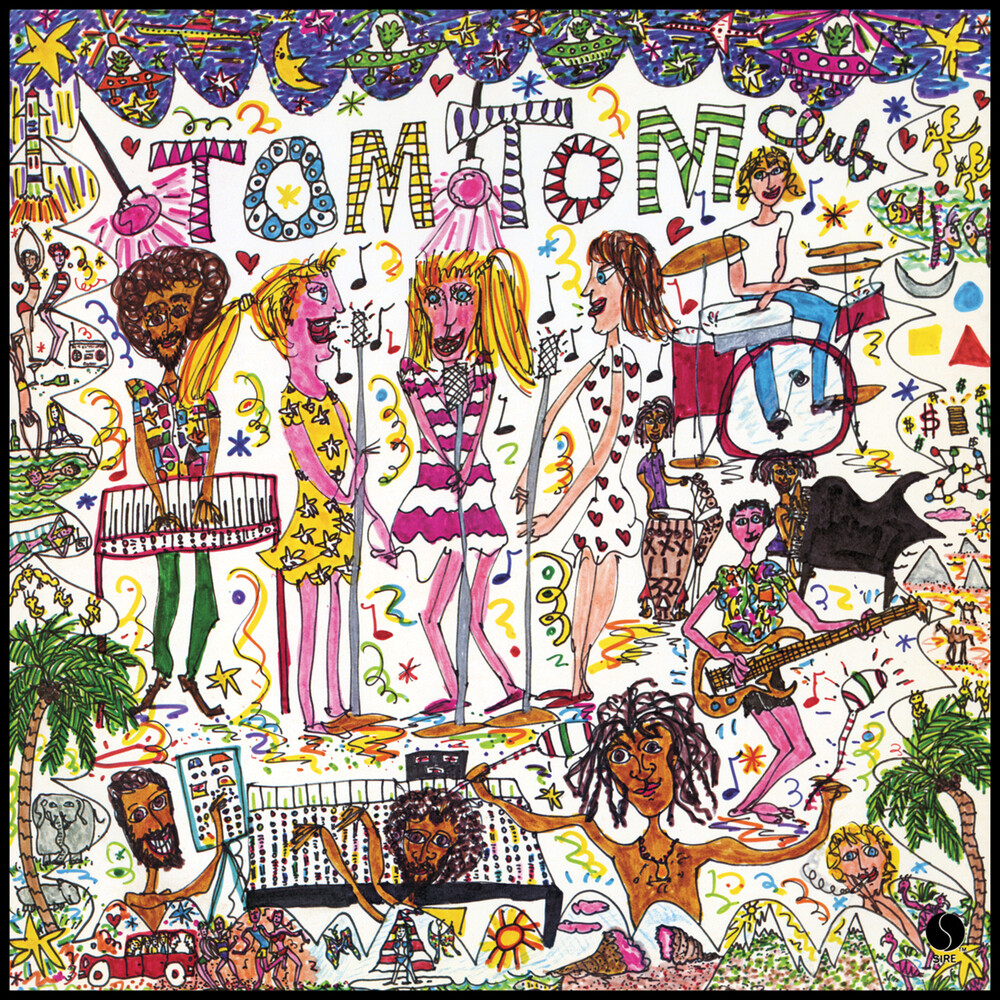 Limited red and yellow colored vinyl LP pressing. The Talking Heads spawned a number of worthy side projects and spinoffs, but none were as funky, danceable, and flat-out fun as Chris Frantz and Tina Weymouth's Tom Tom Club. Conceived as something of a larkish break from the grandly realized intellectual and artistic pretensions of the Heads' Remain in Light record, the duo's self-titled 1981 debut was recorded in Barbados with Weymouth's sisters and Adrian Belew and Steven Stanley from the Remain in Light band, and not only spawned a couple of hit singles in "Genius of Love" and "Wordy Rappinghood" but also became, in it's own way, enormously influential. This was the sound of downtown New York talking, listening, and rapping to the burgeoning hip hop movement, a hybrid heard in a whole host of acts in the '80s and '90s, from Madonna to Mariah Carey to the Beastie Boys and beyond. Weymouth and Frantz went on to record several more albums under the Tom Tom Club moniker, but this remains the classic.
back to top